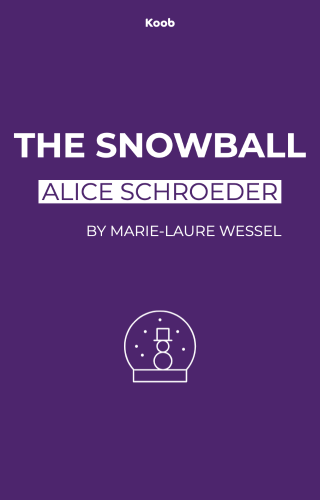 The Snowball: Warren Buffett and the Business of Life

By reading this koob, you’ll learn about Warren Buffett, “The Oracle of Omaha,” an American icon who started out with nothing but who is ranked today as the third wealthiest man. The author recounts his personal life, specifically his complicated relationship with his entourage, as well as his professional life and the guiding principles he applied to accumulate his fortune.

- How Warren Buffett had a big interest in numbers and money at a very early age;

- That he proved himself to be a business genius when he was young;

- That he established guiding principles, which helped direct him in his decision-making;

- That he was the most successful investor of the 20th century; and

- That “The Oracle of Omaha” is often viewed as a conservative when he really is a visionary at heart.