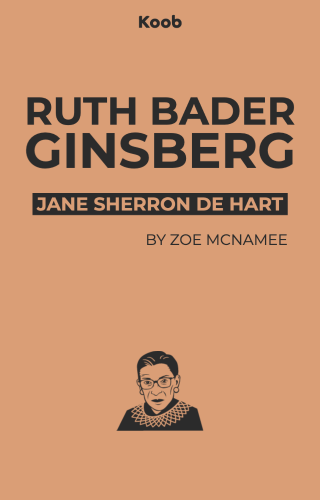 By reading this koob, you will learn how one woman rose to the top of the US judiciary and how she spent almost three decades fighting for its integrity from the Supreme Court bench.

Ruth Bader Ginsburg devoted her life to law. A stoic defender of civil rights for women and minorities, she became an icon in her later years. Published in 2018 after nearly two decades of research and updated after the justice’s death in 2020, Jane Sherron de Hart’s definitive biography provides a detailed and accessible account of Ginsburg’s life, work, and legal legacy. Are you ready to learn how Ruth Bader Ginsburg became a Supreme Court legend?