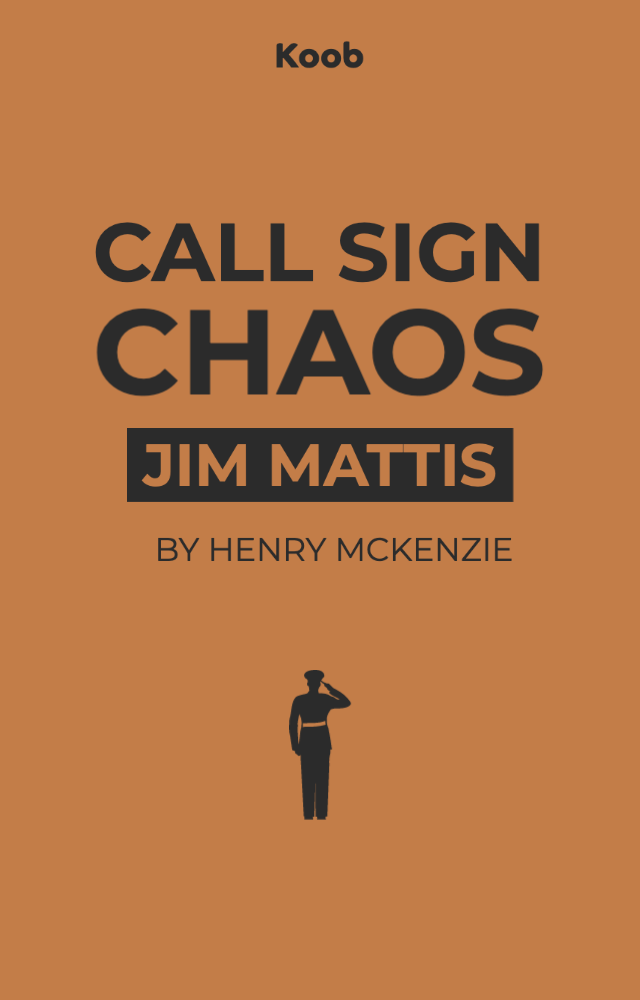 By reading this koob, you will learn the foundational leadership principles that allowed Jim Mattis to grow from a United States Marine into one of the most successful Generals in the American military.

Jim Mattis was raised in a military environment. Both of his parents fought in the Second World War. Mattis’ upbringing instilled in him a sense of duty and discipline, reinforcing the values of public service, honor, and responsibility. These core values shaped the leadership principles that would guide his multifaceted career. For General Mattis, politics ended “at the water’s edge.” According to him, the highest aim of an American citizen was to meet on the common ground on which Democrats and Republicans could work together to present a united front to other countries. Throughout the course of his decades-long career, this belief in necessary cooperation propelled Mattis from a humble soldier to the head of the US military.