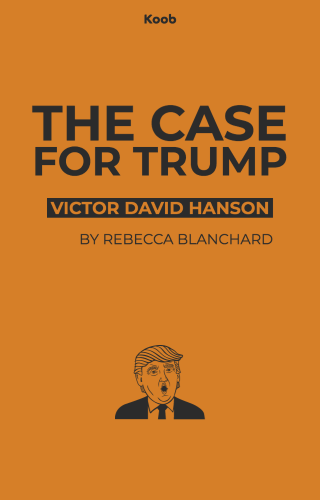 The Case for Trump

By reading this koob, you’ll learn how controversial businessman Donald Trump capitalized on his public persona and deepening fractures in American society to win the 2016 election in a way that shook the political establishment to its core.

Victor Davis Hanson is a military historian, former Classics professor, and Senior Fellow at Stanford University’s Hoover Institution. In The Case for Trump, he analyzes why media critics and other detractors were surprised by Trump’s popularity during the Republican primaries through to the general election. He also considers how Trump’s appearance, personality, and rhetoric appealed to many Americans. From improving the economy to finding a balance between isolationist and interventionist foreign policy, Hanson examines the early challenges faced by the Trump administration and offers an assessment of his first two years in office. So, are you ready to learn about the rise of America’s most unlikely president?