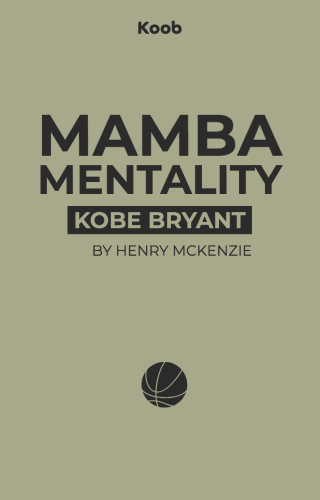 The Mamba Mentality: How I Play

By reading this koob, you will learn the strategies, tactics, and secrets that elevated Kobe Bryant from a teenager with a dream, to one of the greatest basketball players in NBA history.

Kobe Bryant was known for his relentless work ethic, cutthroat competitiveness, and absolute lethality on the court. His dominance resulted in five NBA championships, 17 all-star teams, and the Most Valuable Player (MVP) award in 2008.