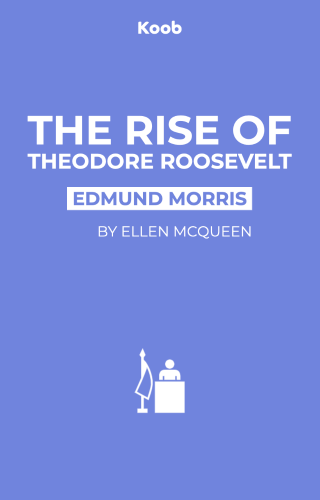 The Rise of Theodore Roosevelt

By reading this koob, you will learn about Theodore Roosevelt’s rise to the presidency of the United States.

On October 27, 1858, Theodore and Martha Roosevelt had their second child and first son on East 20th Street in New York City. In early life and at Harvard, Theodore Roosevelt pursued his passion for nature and determinedly strengthened his physique enough to be able to endure weeks-long hunting trips in the Badlands of the West. But ultimately he was unable to resist his knack for politics, serving in both New York and Washington as an extremely influential Republican whose black and white views on right and wrong made lasting impacts in the legislature and whose courage and charisma made for a beloved leader in the Cuban war. Are you ready to discover how Theodore Roosevelt rose to the American presidency?