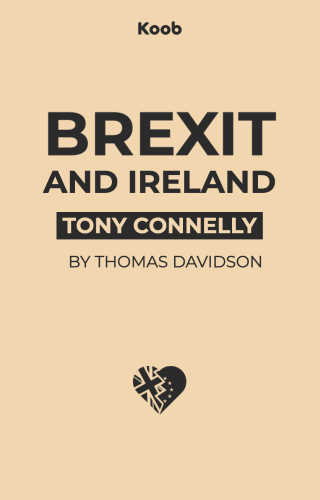 Brexit and Ireland: The Dangers, the Opportunities, and the Inside Story of the Irish Response

By reading this koob, you will discover the obstacles and challenges Brexit poses to the working relationship between Ireland and the United Kingdom.

In June 2016, the people of the United Kingdom went to the polls to vote on a single seemingly simple question: Should their nation remain part of the European Union or not? Billed as the choice of a generation, the referendum now represents perhaps the most significant decision made in the country’s political history. The UK’s departure would mark a complicated split entailing difficult consequences for all EU member states, but none were hit more hardly than Ireland, who fears peace and trade are likely to be severely disrupted. In Brexit and Ireland, Tony Connelly paints a vivid picture of how his country, the only to share a land border with the UK, will have to navigate the ripple effects of its neighbor’s European breakaway.