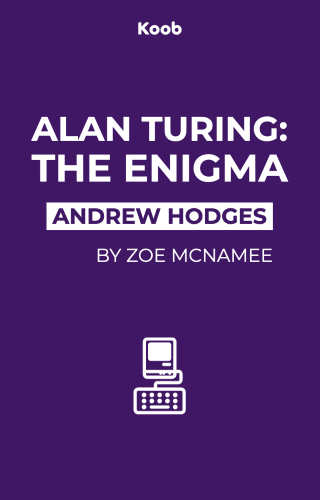 By reading this koob, you will learn the secret story of the father of modern computing, Alan Turing.

When Andrew Hodges started research for this biography in the late 1970s, Alan Turing was just a footnote in academic history. But the world was changing. The declassification of various wartime documents, the 1967 decriminalization of homosexuality, and tireless campaigning by the Gay Liberation Movement all brought Alan Turing into the public eye. Published in 1983, using the impressive archive amassed by Turing’s doting mother, this definitive biography marked the turn of the tide. The world was finally ready to hear how one “ordinary English homosexual atheist mathematician” had changed technology forever. Are you?