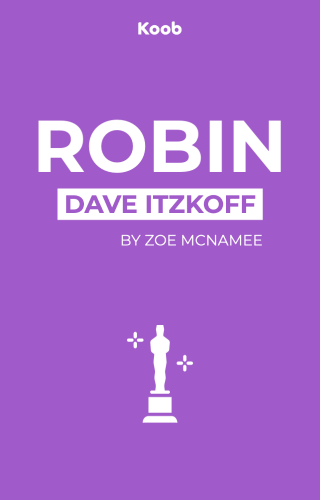 By reading this koob, you will discover how Robin Williams went from stand-up comedy to Hollywood fame—and back again—in a career spanning three decades.

Robin Williams (1951–2014) is best known as a comic actor. Starring in movies such as Good Morning, Vietnam, Mrs. Doubtfire, and Night at the Museum, he seduced audiences around the world with his anarchic comic charm. But there was far more to him than just a few funny movies.

Did you know that Robin Williams once performed in front of the Queen’s sister? That he once broke Robert De Niro’s nose? That he received birthday cards from the president?

Dive into Dave Itzkoff’s best-selling biography of the man whose movies shaped a generation. Taken from over 100 interviews with family, friends, and colleagues, it’ll show you the tears behind the laughter and the hard work behind Robin Williams’ apparently effortless success.