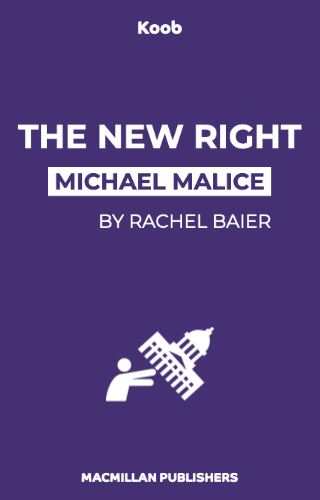 The New Right: A Journey to the Fringe of American Politics

By reading this koob, you will learn about the New Right, the growing movement on the far-right fringes of US society.

The author, Michael Malice, a self-described Jewish anarchist, attempts to explain who the New Right are, where they came from, what they want (and why), and how they view the world. By attempting to understand their grievances, rationale, and motivation, you can better understand how this sector of society has been able to gain traction in recent years.

Editorial Disclaimer: This koob should be approached with caution and a very critical mind, as it restores with as little personal bias as possible content that we consider to be highly problematic. Whereas the book presents itself as an explanation of the New Right, it actually ends up being an apology of this political movement’s ideas, none of which are a reflection of the koob writer’s views, nor of the Koober team.