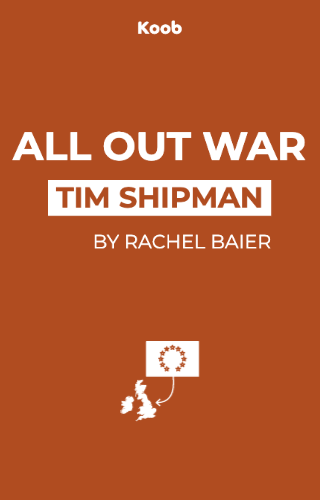 All Out War: The Full Story of Brexit

By reading this koob, you will discover how the battle over the Brexit referendum played out behind the scenes in British politics.

Against all expectations and conventional wisdom, various dynamics worked toward a majority of British voters answering "Leave" to the question: "Should the United Kingdom remain a member of the European Union or leave the European Union?" on July 23, 2016, the day of the Brexit referendum.