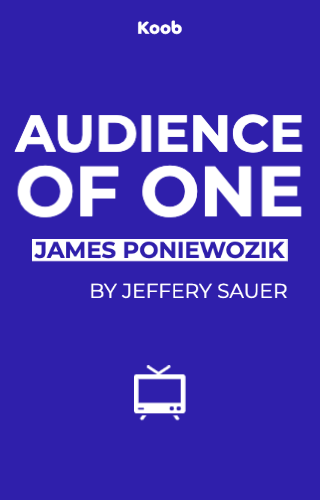 Audience of One: Donald Trump, Television, and the Fracturing of America

By reading this koob, you will learn about the television landscape that marked the turn of the 21st century and discover the form of media that molded Donald Trump.

One of the best ways to understand Donald Trump is to examine his extended presence across the American media landscape. James Poniewozik, a former reporter at The New York Times, chronicles the various manifestations of Donald Trump since his first appearance on television in 1980. Highlighting television’s unique and profound impact on American households, Poniewozik explains how Donald Trump is likely to be the first of many celebrity presidents to come.