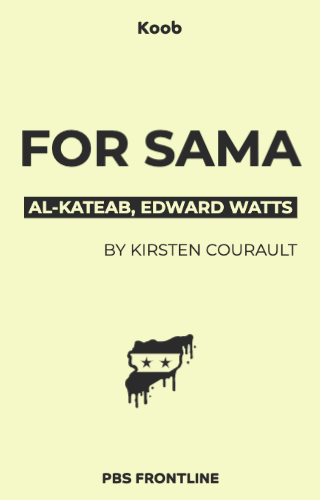 By reading this koob, you will discover the heart-wrenching personal and political perspective of a young Syrian woman who films the devastation of the Syrian Civil War.

While the Syrian Civil War in Aleppo, Syria, rages on, Waad Al-Kateab films a love letter for her newborn daughter, Sama. Amidst unbearable pain and suffering, Waad reports not just on the everyday horrors of her city, but also on the shared human experiences of love, new birth, and hope. Her documentary For Sama highlights Waad’s journey over the course of five years, along with her husband Hamza who works as a doctor in one of the last remaining hospitals in Aleppo, and her daughter, Sama (“sky” in Arabic) who is a ray of hope within the war-torn darkness. Are you ready to understand the resilience of the human spirit during the atrocities of war?