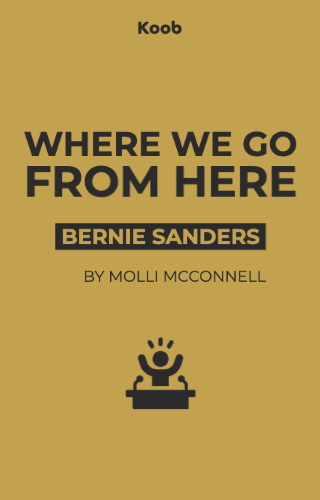 Where We Go from Here: Two Years in the Resistance

By reading this koob, you will learn more about Vermont senator Bernie Sanders’ vision for American politics.

Bernie Sanders is a second-term senator for the state of Vermont in the United States, and ran in both 2016 and 2020 for president of the United States. In Where We Go from Here, Sanders recounts his political journey, his progressive politics, and his struggles to bring Americans together in the face of an extremely divided country after his 2016 run for president. By reading his ideas, you’ll better understand the progressive grassroots political movement that is sweeping the nation. Are you ready to learn more about Sanders’ dream for a more dynamic political system in America?