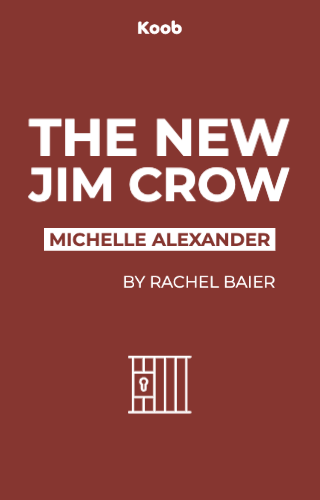 The New Jim Crow: Mass Incarceration in the Age of Colorblindness

By reading this koob, you will discover how the system of mass incarceration in America relegates black men into a permanent underclass.

The American system of mass incarceration works to take basic rights away from the people, mainly brown and black men, who get caught up in its net, including their right to vote, and subjects them to legal and state-approved discrimination in a variety of situations. This system has become entrenched as the new normal, and reforming it proves incredibly challenging. After all, who wants to fight for felons?