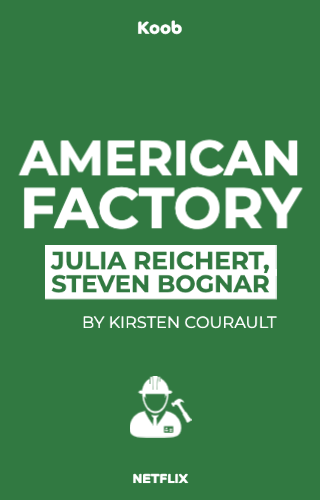 By reading this koob, you will learn how an American factory got a second chance from a high-tech Chinese company and moved forward through optimism, cultural exchange, and international friendship.

You will also learn how:

Because of free trade and China becoming the world’s leading exporter, many blue-collar American workers suffered the harsh consequences of prolonged job loss and economic depression. The community of Dayton, Ohio came head to head with this reality when the local General Motors plant closed on December 23, 2008, taking away 10,000 local jobs. But in 2010, Chinese companies started reopening American factories, heavily investing in U.S. manufacturing. Discover how a Chinese billionaire revived a factory, bringing in American and Chinese workers who, together, faced the difficulties of cultural clashes, unionization, and automation.