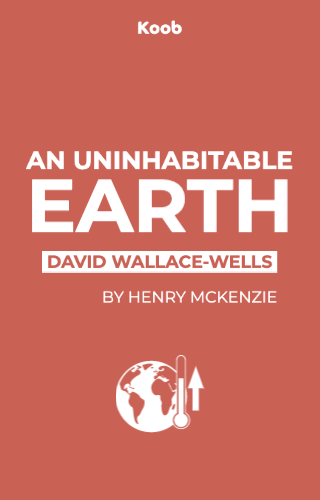 The Uninhabitable Earth: Life After Warming

By reading this koob, you will learn that climate change is the biggest threat humanity has ever faced.

Climate change is worse than you think. You may feel positive about the current discourse surrounding climate change. Surely, we are on the right path now? Well, statistics paint a grim picture. Half of the carbon put into the atmosphere by fossil fuel burning has been emitted in the last thirty years. This means that as a species we have done as much damage to the planet in the last three decades as we did in the entirety of our evolutionary past. In other words, the majority of carbon in our atmosphere has been emitted since the creation of Seinfeld.