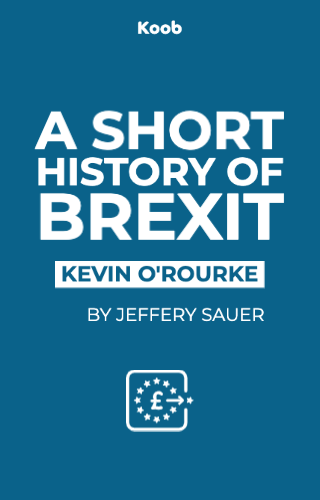 A Short History of Brexit: From Brentry to Backstop

By reading this koob, you will learn about the relationship between the United Kingdom and continental Europe to better understand the recent political events surrounding Brexit.

Brexit materialized February 1, 2020. And while still confounding many, it was decades, even centuries in the making. Kevin O’Rourke is a Fellow of All Souls College and a Professor of Economic History at the University of Oxford. Approaching Brexit from the perspective of an economic historian, he highlights the decisive events that over time formed contemporary Europe’s identity and describes the unique geopolitical situation of the United Kingdom. In short, he relates the long history behind this one fateful day.