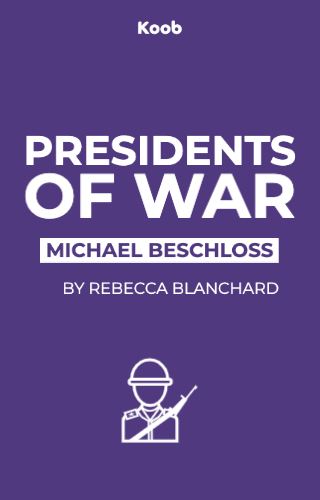 Presidents of War: The Epic Story

By reading this koob, you’ll learn essential lessons about presidential leadership spanning American history from the War of 1812 to the present day.

In Presidents of War, preeminent historian and Emmy award-winner Michael Beschloss examines presidential decision-making during wartime. Based on interviews with surviving participants, letters, and newly declassified national security documents, Beschloss examines how leaders make the challenging and even heartbreaking choice to send hundreds of thousands of Americans to war and potentially to their deaths. These leaders also battle Congress, fellow politicians, the judicial system, the media, and even anti-war protestors while embroiled in complex military conflicts. Today, presidents also have expanded powers and can launch a nuclear weapon at a moment’s notice. So, what qualities should you look for in your next president?