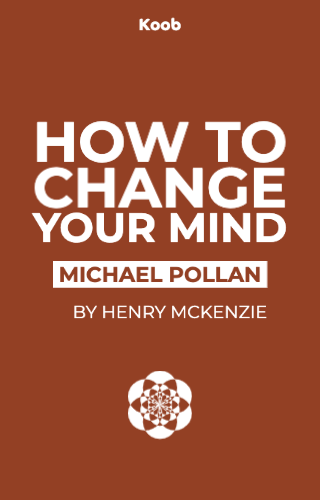 How to Change Your Mind: What the New Science of Psychedelics Teaches Us About Consciousness, Dying, Addiction, Depression, and Transcendence

de How to change your mind par Henry McKenzie

By reading this koob, you will learn how psychedelics are revolutionizing the mental health profession.

The term psychedelic first appeared in a letter written by psychiatrist Humphry Osmond to renowned author Aldous Huxley. Huxley’s 1954 The Doors of Perception was an account of his experience taking mescaline. Osmond helped Huxley manage his trip, wherein Huxley experienced a mystical consciousness that he believed was at the core of the world’s religions. Osmond and Huxley believed they needed a new term for the genre of drugs sweeping across America and the world. They settled on the term psychedelic, from the Greek for: “mind-manifesting.” The explosion in psychedelic use during the 1950s and ‘60s was unprecedented, culminating in a countercultural movement that the federal government fought to bury. The psychedelic movement went underground for several decades and has begun to bloom again. This time it appears to be here to stay.