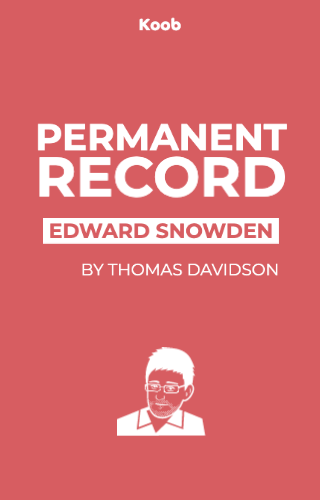 By reading this koob, you will discover the remarkable journey of Edward Snowden, a tech-savvy kid who climbed up the state intelligence ladder and exposed a government-run mass surveillance program.

As he rose through the cyber security ranks, Edward Snowden made a shocking discovery: We’re all being watched online. The President’s Surveillance Program (PSP), which took root under the Bush administration, would eventually snowball into a complete database of our online activity—a cyber record that begins before you even enter the world. Ultrasound scans uploaded to Facebook, baby pictures shared in group chats, first words uttered down the phone to relatives… The government has access to all of it. In Permanent Record, Snowden reveals his path to becoming the world’s most famous whistleblower, a title that means he’ll likely never be allowed to set foot in the United States again.