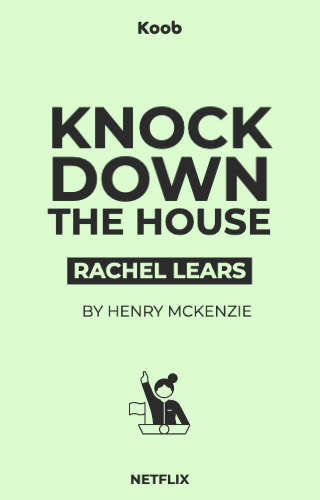 Knock Down the House

By reading this koob, you will discover a new generation of progressive politicians offering a new vision of leftist grassroots organizing and potentially, a new future of politics in America.

The 2016 election of Donald Trump spurred a record number of women, people of color, and non-traditional candidates to run for the United States Congress. Candidates were challenging not only the Republican party, but incumbent Democrats as well. Many progressives argued that democrat politicians were too closely aligned with the political elite.

A new wave of candidates supported by grassroots organization rose to shift the status quo of the democratic party and inspire voters to believe in a progressive vision for the United States.

Before 2018’s primaries, congress was 81% male, and occupied largely by white, wealthy members of the professional class. Progressives have aimed to change this composition, by running activist candidates with deep roots in their communities.