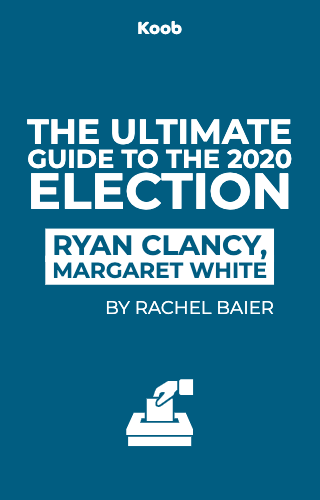 The Ultimate Guide to the 2020 Election

By reading this koob, you will discover policy proposals drafted to appeal to lawmakers and voters on both sides of the aisle in a time of increasing political gridlock.

The Ultimate Guide to the 2020 Election: 101 Nonpartisan Solutions to All the Issues that Matter was written by Ryan Clancy and Margaret White of the political organization No Labels. The group was formed in 2010 to help bridge the growing divide between Democrats and Republicans and work towards bipartisan answers to the problems facing the United States. They contend that the political system is being increasingly controlled by far-right and far-left factions of the two major parties, which has led to a state of affairs in which compromise and cooperation have become dirty words, with needed reforms on an array of critical issues becoming next to impossible.

No Labels believes that Americans on both sides of the divide agree on more than today's toxic sociopolitical climate would lead you to believe. In their book, they offer a variety of ideas—dubbed the 2020 Unity Agenda—that could appeal to both sides. Read on to find out what they are!