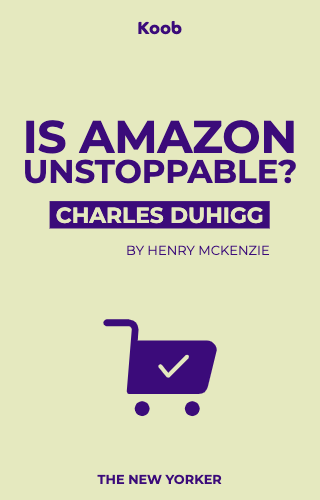 By reading this koob, you will discover the factors that made Amazon one of the most successful companies in the world, and the costs of its success.

You will also learn that:

Amazon is America’s second largest private employer after Walmart. Over a third of all retail products bought or sold online are through Amazon. One of its most profitable services is its Web-services division that powers some of the biggest websites on the internet, including Netflix. In 2015, Amazon had nearly 250,000 employees. It has now nearly tripled that amount. Amazon’s prolific growth has turned it into one of the most powerful companies in the world, and people are starting to ask questions. How did Jeff Bezos, a sci-fi and book-selling nerd who owns a Jean-Luc Picard uniform from “Star Trek: The Next Generation”, turn his small start-up into the highest valued retailer in the world?