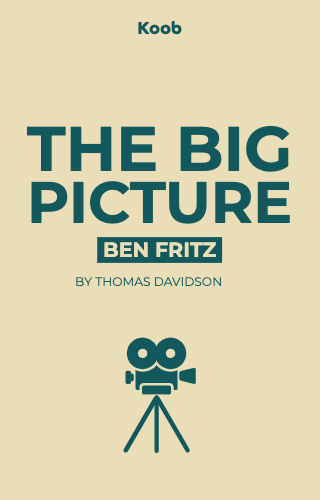 The Big Picture: The Fight for the Future of Movies

By reading this koob, you will discover how the very factors that used to define success in the film industry may now jeopardize its future.

The word Hollywood has become synonymous with American cinema. Comprised of six major studios, Hollywood has left a huge cultural and economic impact on the world, but its future is uncertain. In The Big Picture, Ben Fritz traces the evolution of the movie business to understand why and how the face of Hollywood, as we know it, is changing. Using information leaked during the 2014 Sony hack as a springboard, Fritz goes behind the scenes and shows how studios are adapting to changing consumer demands. With a greater focus on mega-budget productions and online streaming services coming to the fore, are the old-school studios set to be a thing of the past? And could we be witnessing the slow demise of indie cinema?