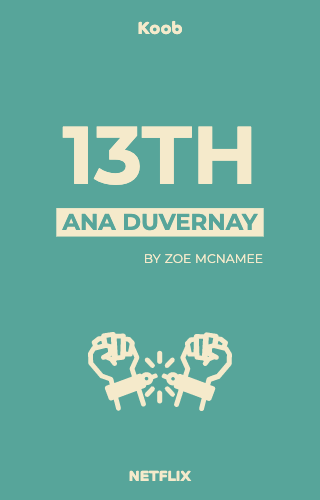 By reading this koob, you will learn how the prison-industrial complex has become an integral part of the US economy and how it disproportionately affects minorities.

The USA makes up 5% of the global population, but a quarter of the world’s prisoners. Its prison population has exploded over the last 50 years, from a little over 300,000 in 1972 to more than 2.3 million today. But the hyperincarceration phenomenon is by no means universal; those jailed are overwhelmingly African American men. Although only a fraction of the US population, this group comprises almost half of the country’s prison population. Black men are more likely to be incarcerated than any other group; outside of prison, they are also far more likely to be killed.

Something is seriously amiss in the US criminal justice system—but what? More importantly, how can we fix it?

Please note that this koob is based on a documentary,13th, available on Netflix.