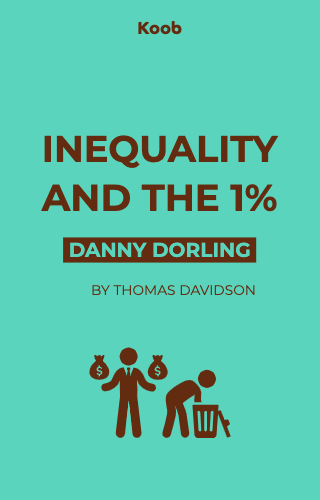 By reading this koob, you will discover the ever-growing disparity in wealth between this top percentile of the population and the remaining 99 percent.

You will also learn how the following factors impact wealth inequality:

The world’s wealth is far from being evenly shared. In the US, one fifth of all income is destined to the country’s richest one percent. Danny Dorling’s study traces the trajectory of economic inequality since the financial crash of 2008—a crash triggered by the superrich, which would benefit them greatly. Motivated by greed, the most affluent members of society, who often hold the most powerful positions, are gaining riches at the expense of the rest of the population. By examining the uneven distribution of wealth, principally in the US and the UK, you will come to a greater understanding of the mentalities and privilege that dictate the world’s economic systems.