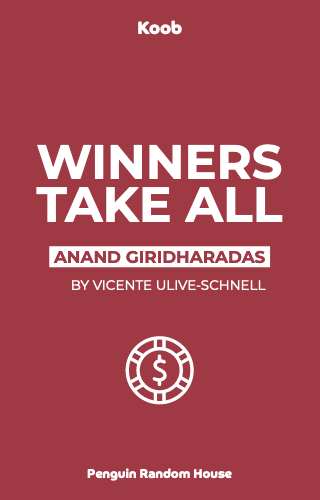 By reading this koob, you will learn why inequality and poverty will never be solved by the one-percent’s private initiatives to boost opportunity.

The idea that successful entrepreneurs can positively contribute to changing the world through their private investments and philanthropy is a relatively new one. But the neoliberal agenda of reduced government and free private enterprise has only contributed to one thing: making the large share of the nation’s wealth going into the hands of the top 1 to 10% even larger. Instead of asking Silicon Valley billionaires and Wall Street brokers to donate more and create grants and funds, we should face reality: our problems of inequality and redistribution are caused, not solved, by the ultra-rich. If you really want to “make the world a better place” you should start by taking a long, hard look at how this fraction of the population made their wealth in the first place.