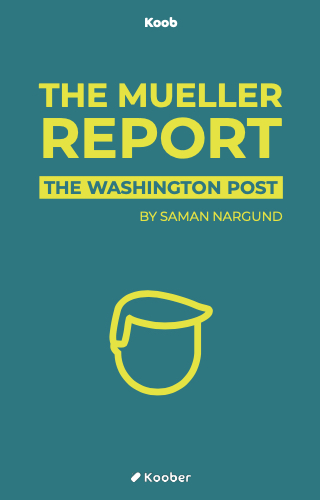 “The Mueller Report” presented with related materials by The Washington Post

By reading this koob, you will discover the main findings and conclusions of the Report on the Investigation into Russian Interference in the 2016 Presidential Election, more famously known as the Mueller Report.

The Washington Post edition of the Mueller Report analyzes key takeaways of the 440+ page investigation that very few people have in fact read. While it highlights that a “deeply unflattering picture” of Trump was painted, it acknowledges that Trump himself was not accused of criminal activity. How is this possible?